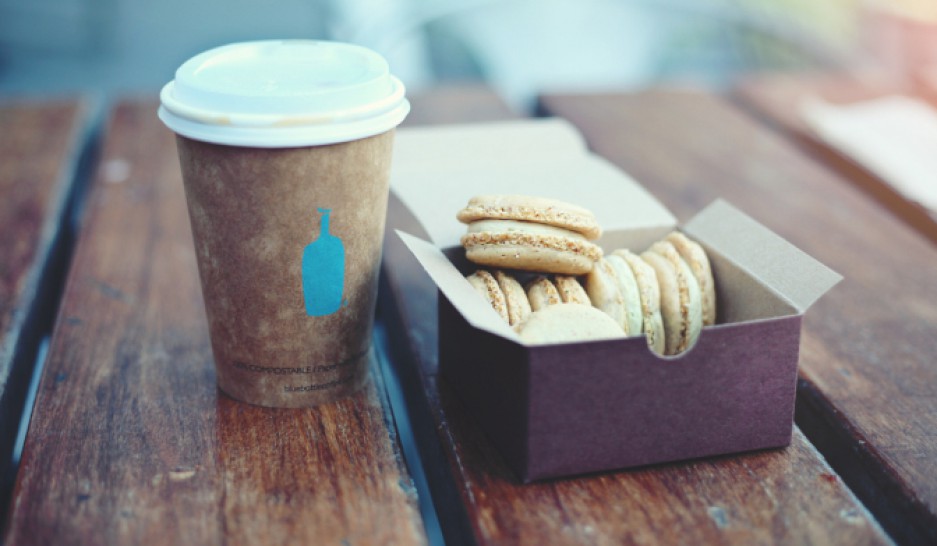 Over the past 10 months we have done our best to teach Caroline and Jonathan to LOVE truth.

A few weeks ago Jonathan approached Chris and said, “Caroline, I think we should tell dad the truth…”

This began what was every adoptive families’ worst nightmare and best dream.

Through a 3rd investigation it was discovered that our adoptive children (who we believed were double-orphans) in fact had LIVING parents.

This was a snapshot of their reunions: 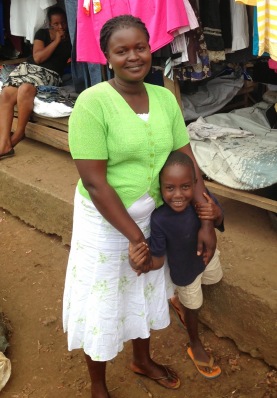 These 4 pictures fill me with emotion that I don’t have all the words for yet…but they bring deep healing for my soul.  I can see the joy on Caroline and Jonathan’s face and I especially LOVE how Jonathan is “holding” his mom’s arm in the affectionate way he used to hold mine…it brings me GREAT hope for their future together! 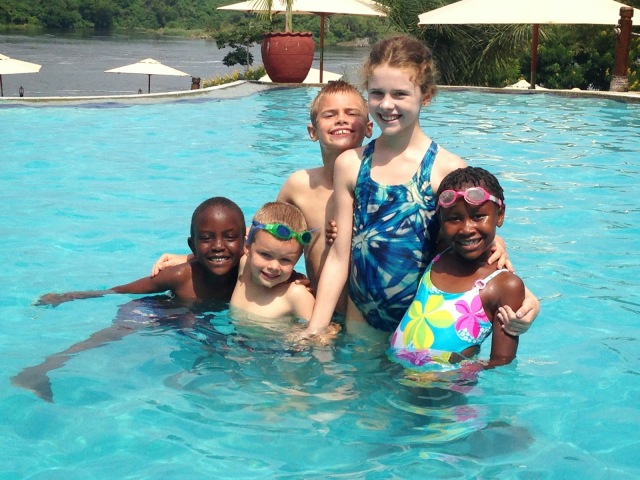 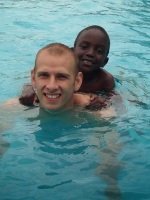 The last photo is taken from some rocks and as you can see, we were VERY close to the hippos in the water. We also saw a crock swimming just 30 feet away from this school of hippos.  I could not help but picture Moses’ mom…and the FEAR she must have had placing her son in the bullrushes.  I can only imagine how fearful she felt, but somehow prayerful and hopeful that Moses might live despite her lack of control and the dangerous conditions of the Nile.  I realized we were also being asked to take similar steps of faith believing that God loves Caroline and Jonathan more than we do–and that He will protect and care for them…and we believe He will raise them where they were intended to be raised, by their living breathing biological mothers!  Just as God had great plans for Moses future–we believe the same for Caroline and Jonathan.
How do I Pray???
Pray for Caroline and Jonathan as they transition to their new lives.
Pray for our family as we grieve.
Pray for our future here at Restoration Gateway–for the roles that we will play and for the ways God will use this place to change us, as well as use us to bring love and change to this place.
Please pray for the continued raising of financial support we need to stay at RG.
Truth sets you free.  We share our story in detail for more reasons than we even care to go in to in this blog–but we believe truth is crucial in stories like this one.  I admire Caroline and Jonathan’s courage to tell the truth–and I am drawing on their courage today to tell our story.  I pray that this information will only be used for good and not exploited, taken out of context or used for any other purpose than to encourage, educate, as well as bring hope and healing for those who have so faithfully followed and supported our journey.
Thank you so much for who you are and the love you have shared with and for our family.  We cannot thank you enough and know that we will never be the same having walked this journey–and we could not have walked it without your love and support.  Grateful for each person who has prayed, supported financially, and stood behind us no matter what!
Love,
All 7 C’s Spread Across Uganda
Here’s to God’s next Epic Adventure…

18 thoughts on “The Most Elaborate Foster Plan Ever Orchestrated…”

I’d love to stay connected. To receive my monthly email, click below. You will also receive a FREE copy of my eBook, Oceans Between Us.